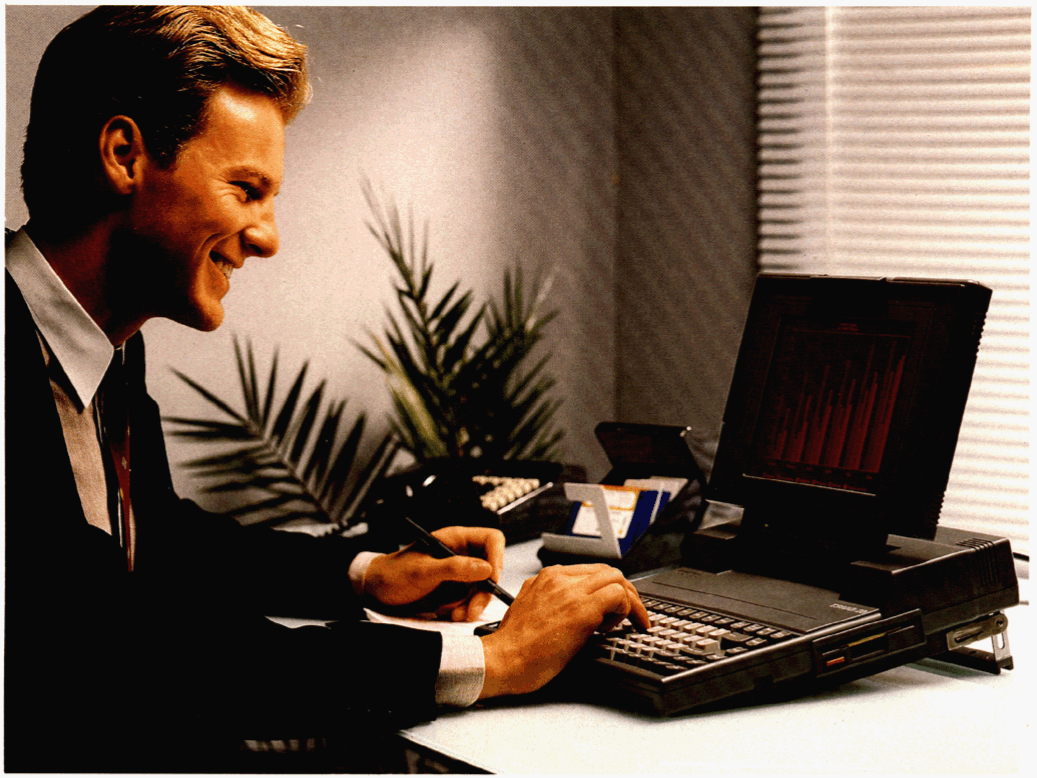 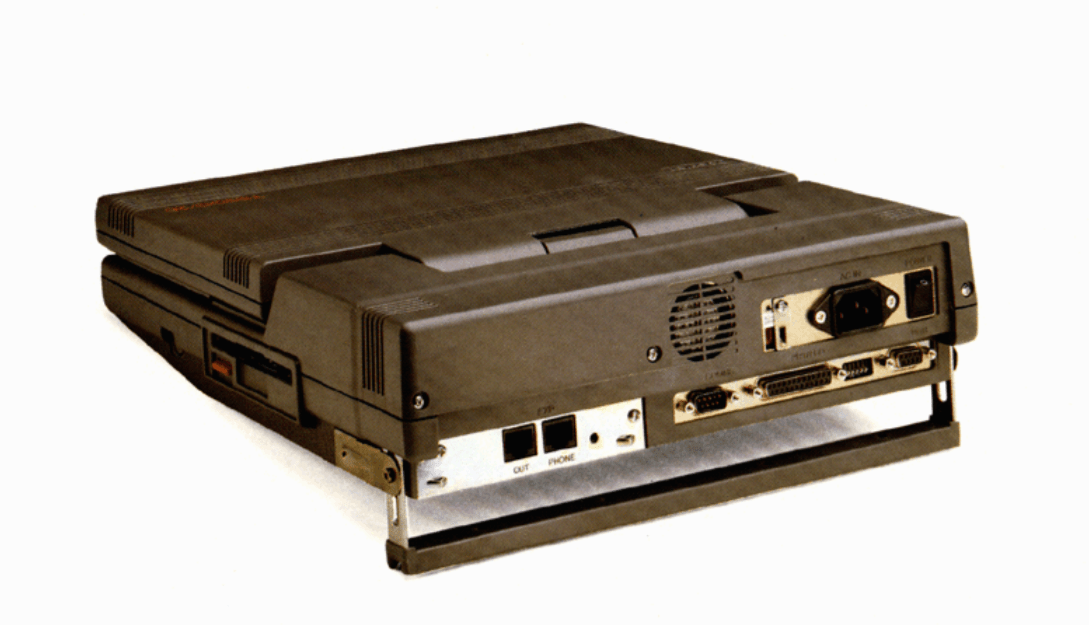 Toshiba T3100 was not a true portable, because it needed an external power source in all except the last version.