The machine offers a bright high-resolution display that supports the VGA video standard, the first laptop with that feature. It has a 12-megahertz 80C286 processor, a new low-power chip that is among the faster 80286 microprocessors, and it is certainly capable of handling most applications. And it has a detachable keyboard, another first among laptops.

The SLT/286 provides mass storage in the form of a 20-megabyte or 40-megabyte hard disk drive. The shock-mounted drive is a new design that can withstand up to 80 G’s of impact, or a ride in the trunk of a New York City taxi, whichever comes first. Data is transferred through a high-capacity (1.44 megabyte) 3.5-inch diskette drive. An optional 2,400-baud internal modem is $599.

At 14 pounds, including the battery and the hard disk, the SLT/286 strains the definition of laptop. Still, it is five pounds lighter than Compaq’s lunchpail-shaped Portable III, a significant difference among portables. Most important, it runs for three hours on one battery charge. An optional backup battery pack ($129) weighs two pounds. 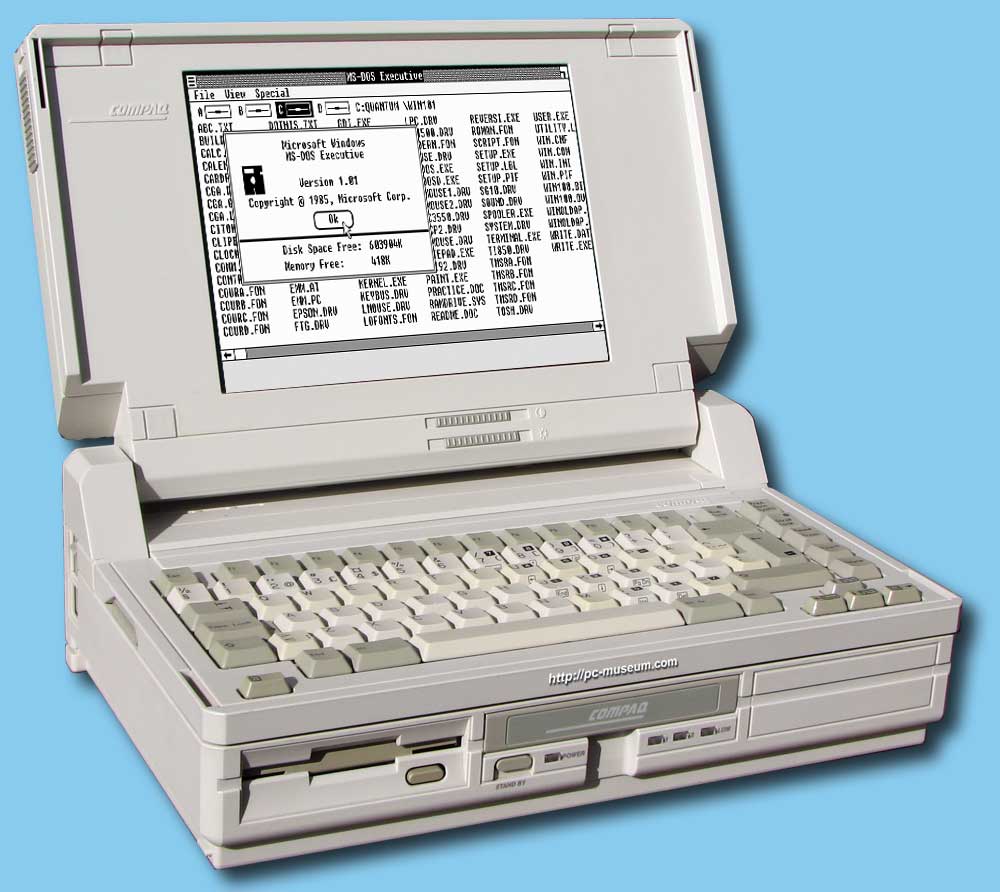 One drawback of the machine is that it does not support color, but then neither does any other laptop. (High-resolution flat-panel color displays will begin arriving next year.) Another surprise is that Compaq, which has forged its reputation for high-performance machines around the 80386 microprocessor from the Intel Corporation, did not introduce an SLT/386.

While the 12-megahertz 80C286 is a better-than-average chip, it is no match for the 386 chip. Michael Swavely, Compaq’s vice president for marketing, suggested in an interview that the power demands of the 386 chip had reduced the SLT’s battery life to unacceptably short periods. The fast 286 chip, he said, offered the best balance of performance and battery life.