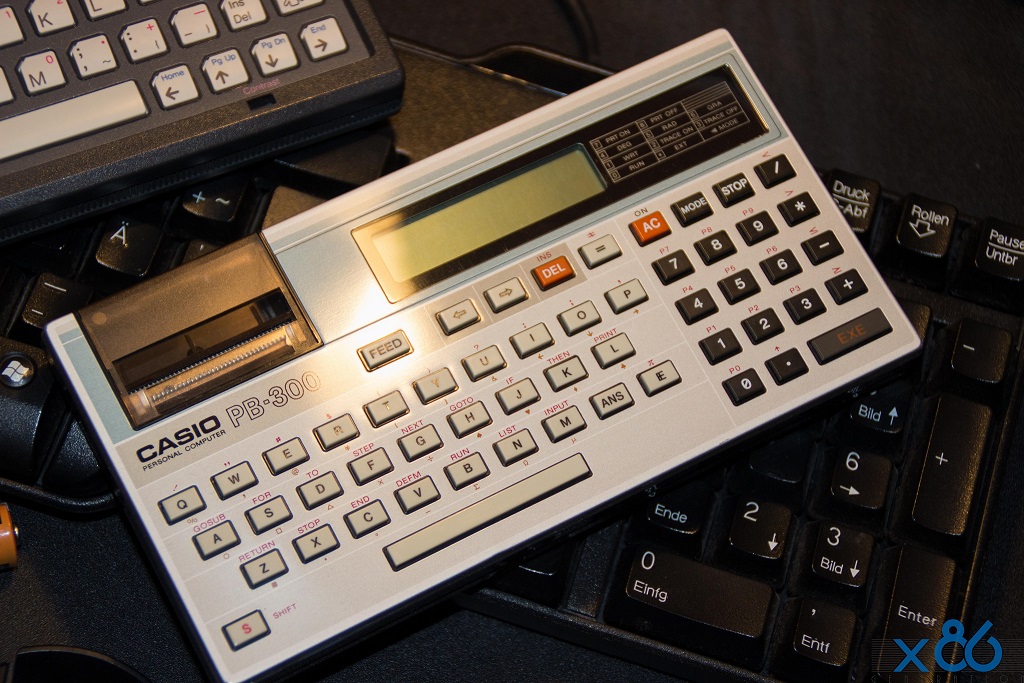 Basically, the PB-300 was a PB-100 with more RAM and a built-in thermal printer. To our knowledge, Casio was the only company who designed real pocket size computers with integrated printers.

Of course, the PB-300 was substantially larger than its elder brother, therefore the keyboard could be laid out more generously, with a real space bar and an additional key for paper feed.

Due to the different physical dimensions, the main PCB had a different layout. However, the logic circuits were identical to the PB-100, with an additional HD61914 RAM chip. No further RAM expansion was made available. 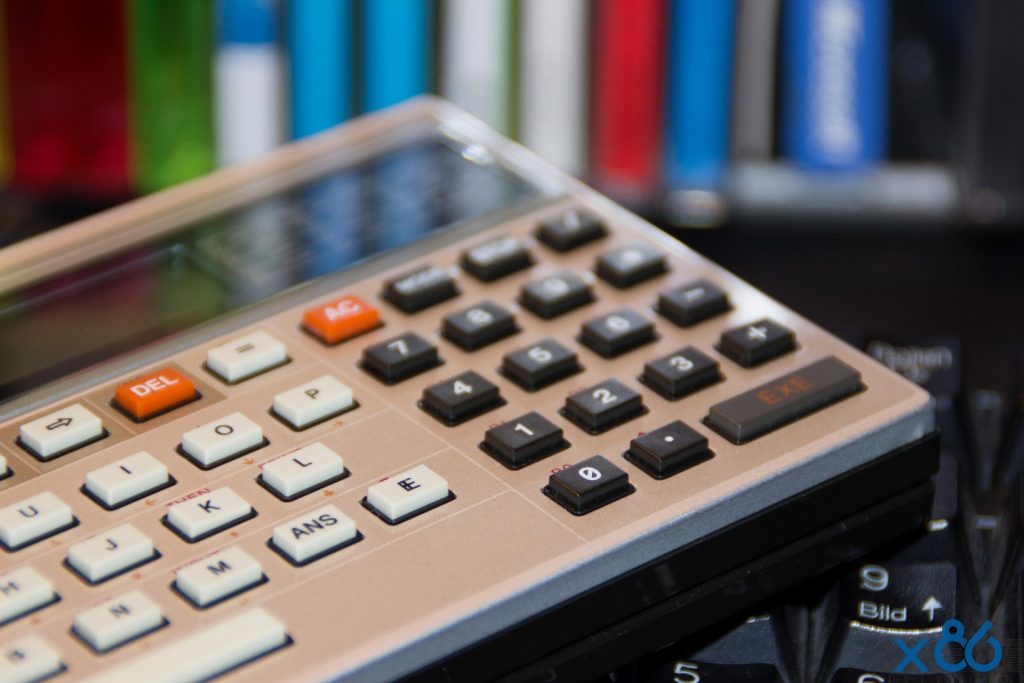 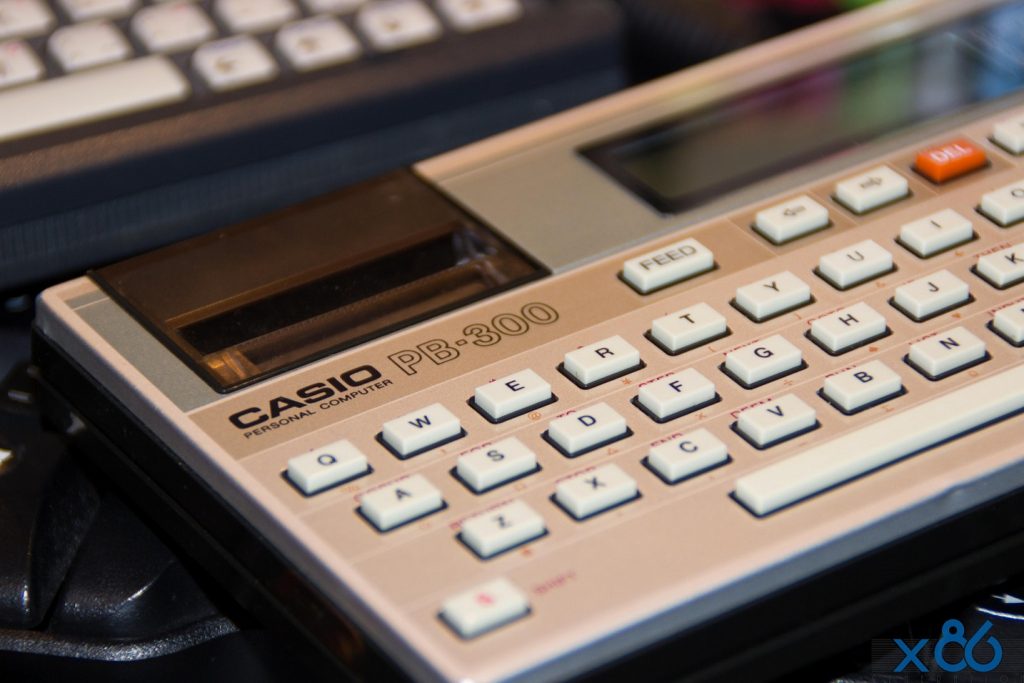 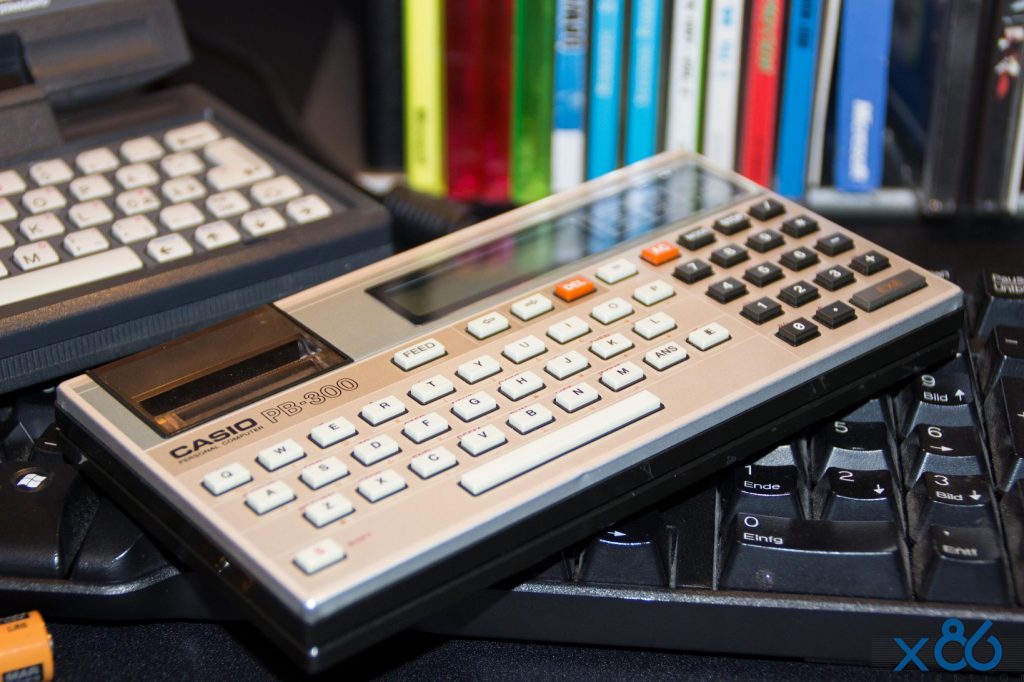 As printers needed much more energy than the computer components, a 4 x 1.2V NiCad battery pack had to be integrated, which needed to be charged with an external power adaptor. The necessary printer and battery charging circuits were built onto a second PCB.

The printer used thermal paper of 39 mm width and was able to print 20 characters per line, making printed listings a little bit more legible than on the 12-character display.

To sum up, the PB-300 was a really cute machine. Imagine taking it with you in 1983 and impressing your friends by printing business cards when needed.