The PET 4032 was released three years after the original PET 2001. Although it has the same CPU running at the same speed, improved circuitry allows the 4032 to run substantially faster. Other improvements include more memory and a better keyboard. 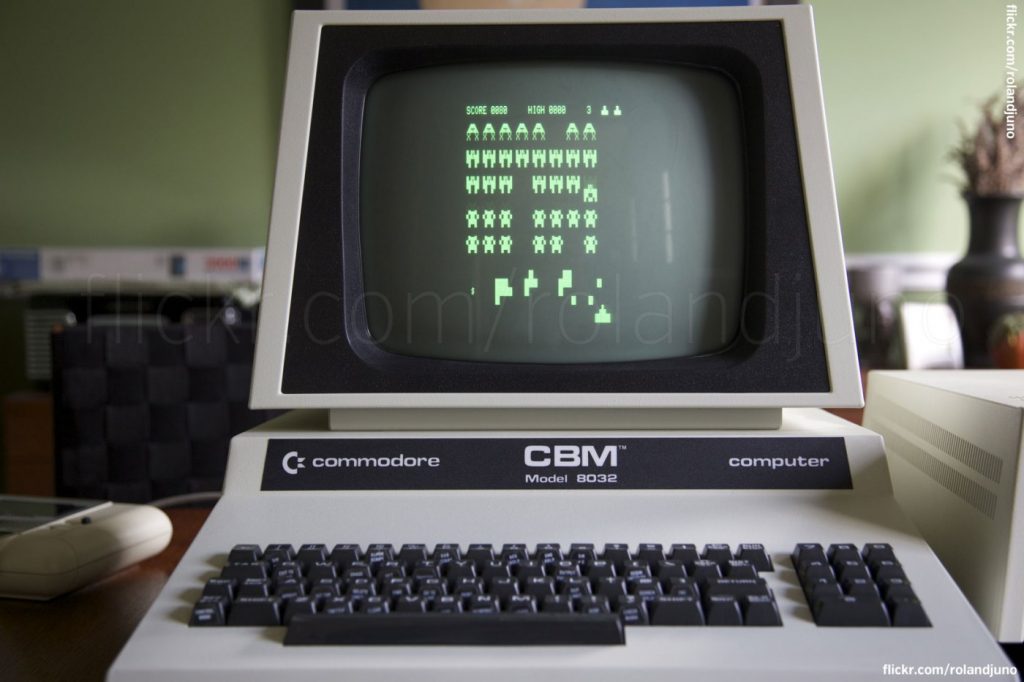 Lost in the process was the convenient but unreliable built-in data cassette “datassette” drive. 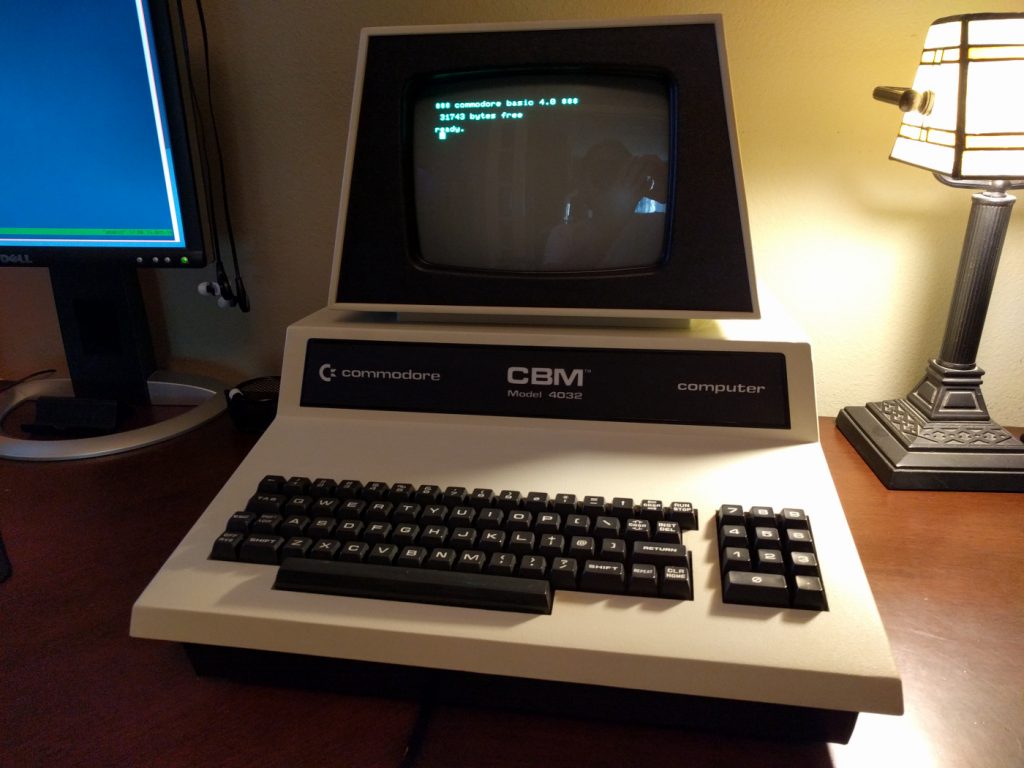 The 4032 has four port to the outside world. An eight-bit parallel port, a port for a cassette recorder, a port that brings out the system bus, and an IEEE-488 port. 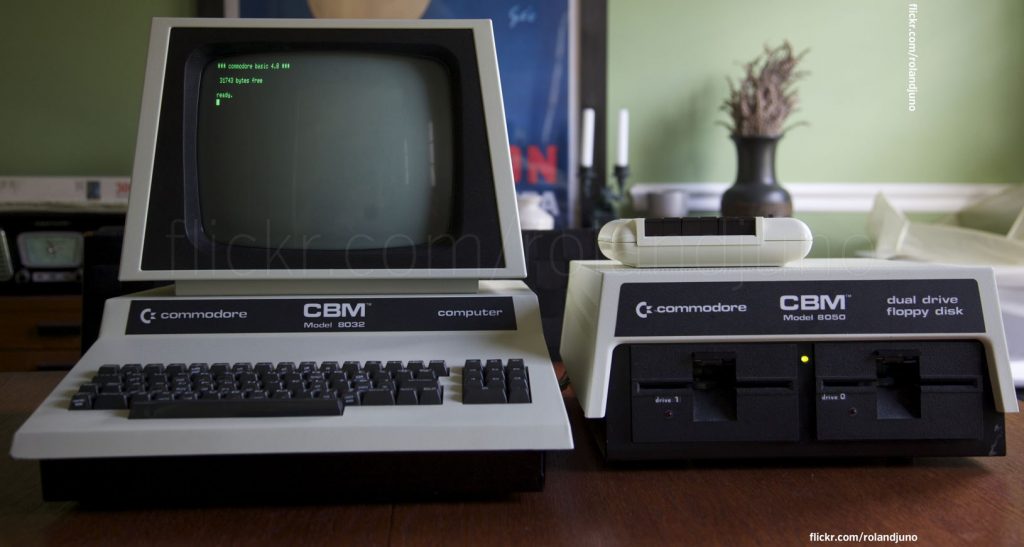 Still in use today, but mostly for laboratory and scientific instruments, the IEEE-488 bus is relatively complex, allowing up to 15 devices on the bus.