I got this computer from a friends garage, he called me that he wants to clear out some “junk”, mostly old hardware and some IBM computer. I instantly got into my car and drove there to see what I could salvage.  I got the computer in a good condition, just some dust and a lot of black marker on the sides and on the front logo and the HDD, POWER LEDs. 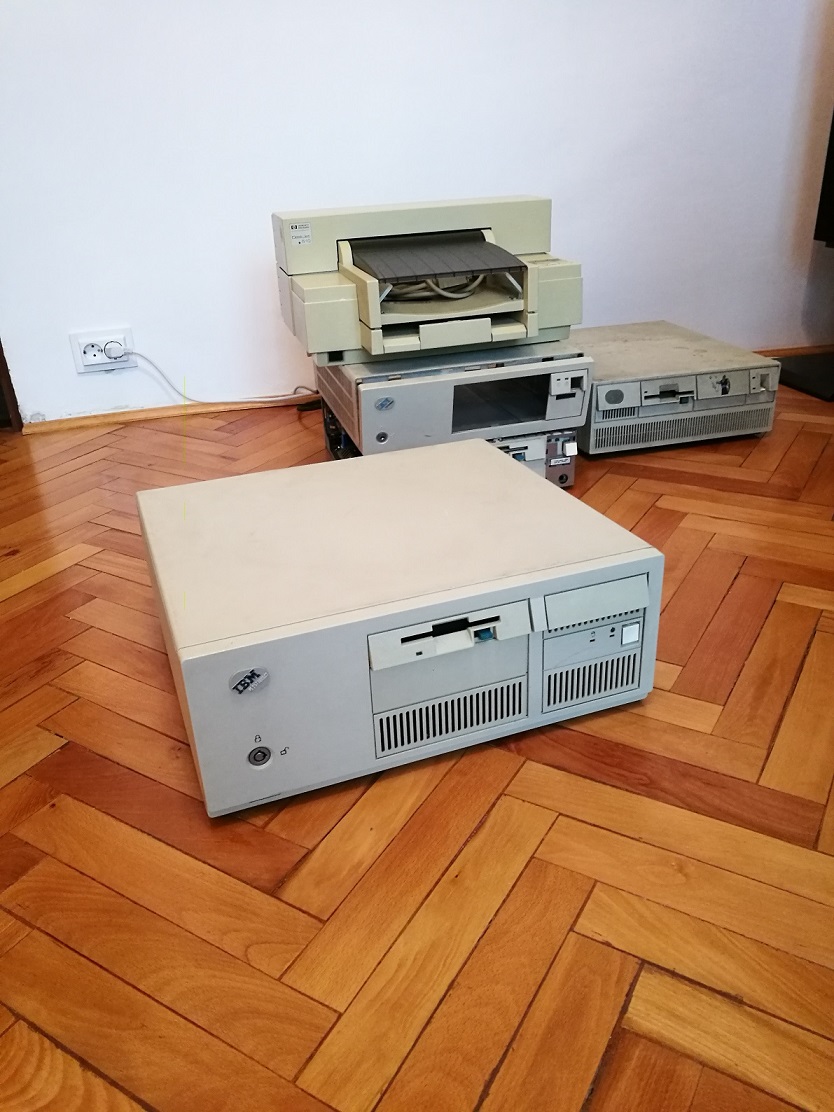 I stripped everything away and I cleaned the nice plastic (it never gets yellow) with some light detergent and the motherboard I cleaned it with isopropylic alcohol.  This is how the finnished product looks:

This full-featured mainstream Computer enhances the previous generation IBM models with the chipsets and new levels of customization. Get the best experience on your IBM PS/2 Model 57 486SLC3 Computer with improved performance, make it easy to create a home network and share all of your favorite items.

The Power supply`s capacitors were dry so they needed replacement, either than that, the computer works fine. I was able to install Windows 95a using the floppy disk drive!