The Toshiba T1000LE was one of the first laptops to include both a hard drive and a Ni-CD battery. Previous laptops did not have enough power to run a hard drive from battery power (exceptions include the Toshiba T1200, which had a proprietary 26-pin JVC hard drive, and the Macintosh Portable, which used a lead-acid battery, instead of a Ni-CD).

Unlike the original Toshiba T1000, this model does not have a handle that flips out of the bottom, nor a display that tilts 180 degrees.

When i got it, This machine was not working, I had spend more than a couple of days in repairs. If you want to see the full repair guide, go here.  <- T1000LE REPAIRS 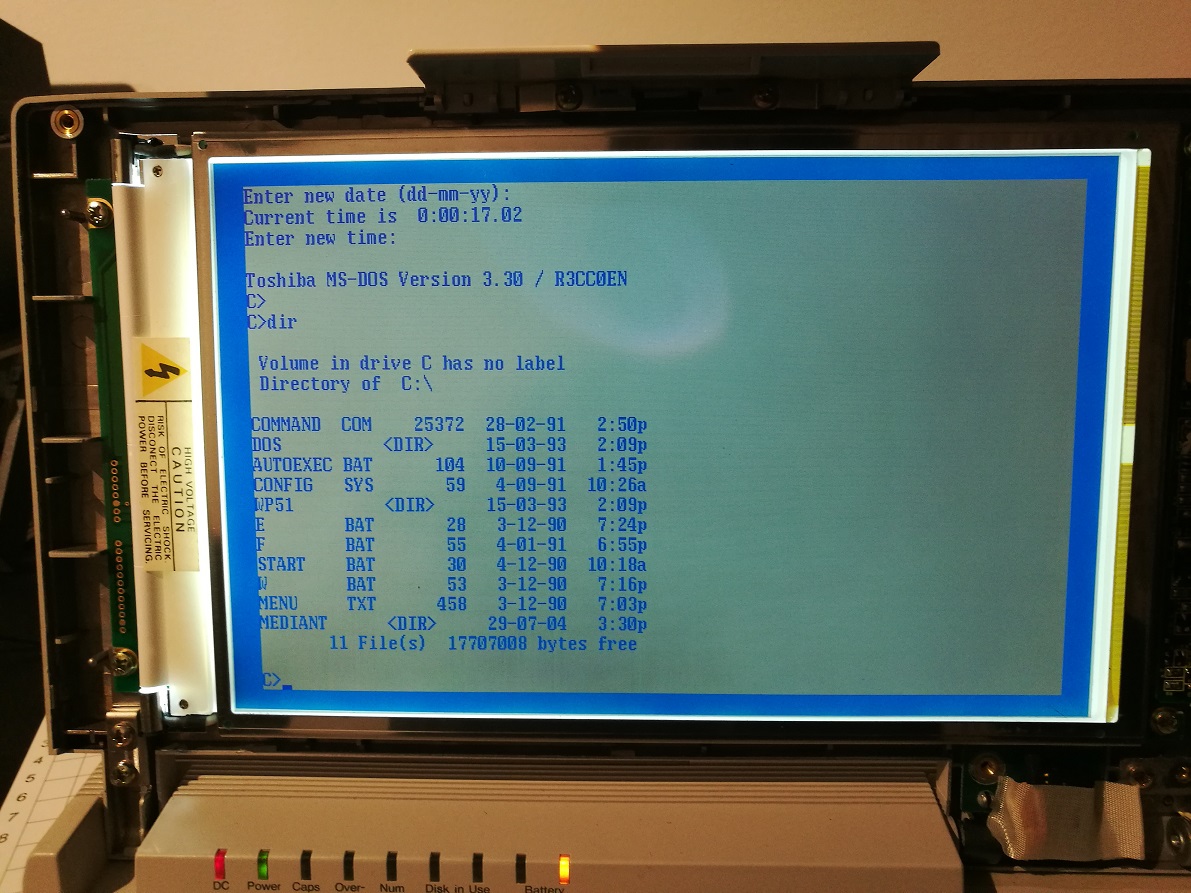